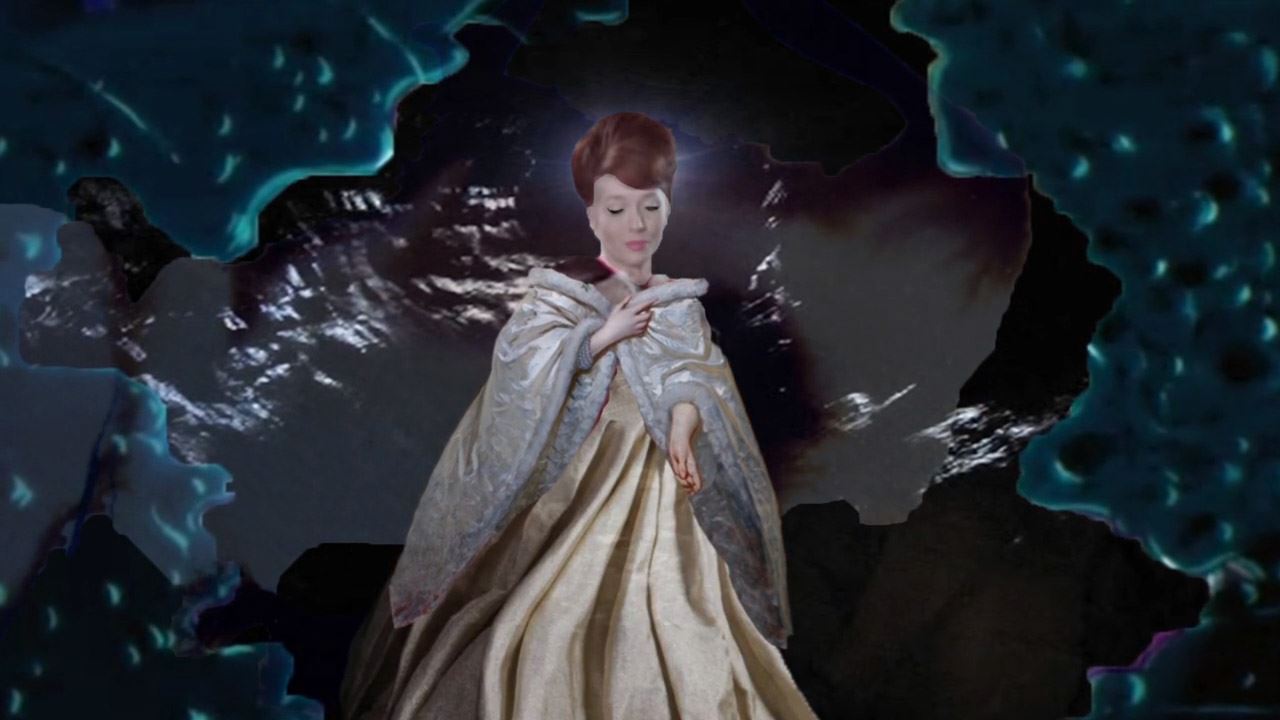 As part of the SLINGSHOT Festival, The Lyndon House Arts Center is pleased to exhibit a large scale video installation and projection by Paige Adair, entitled Daughter of the Cave.
On view from March 31 - May 7, 2016

Daughter of the Cave explores an underground wanderlust, investigating how we use stories to make explicable the mysteries of our own bodies and the real/imagined spaces we traverse with them. This piece depicts the female protagonist’s explorations through the labyrinthine dreamscape of an imaginary cave. This subterranean feminist saga uses documentary video from Ruby Falls, paintings of the cave, and visual materials research. Musician, Mason Brown composed the score for the video by sculpting together a soundtrack by using exclusively documentary audio recordings gathered during Speleogen’s excursion to Mammoth Cave National Park. Speleogen is the caving branch of artist collective Callosum, an Atlanta-based creative collective that applies methods across media to explore the intersections between art, technology, and the senses.

Paige Adair lives and works in the Atlanta area. She received her MFA in Time Based Media and Painting from the University of Pennsylvania and has been exhibiting throughout the US.

Daughter of the Cave viewing during regular open hours in the West Gallery.