For the last 500 years, and particularly since they began to be displaced and removed from their ancestral homelands, Native American tribes of what is now the Southeastern United States have returned for ceremonial rites on the autumnal equinox in late September.

Return From Exile, is an art exhibition of more than thirty contemporary Southeastern Native American Artists timed to coincide with annual homecomings. The exhibition, which will begin a two-year tour of museums throughout the United States, is sponsored by the University of Georgia Institute of Native American Studies and curated by Prof. Jace Weaver, Mr. Bobby Martin, and Mr. Tony Tiger.
The exhibition features vibrant art representing the five tribes that were removed from the Southeast in the 1830’s: The Creek, the Cherokee, the Choctaw, the Chickasaw and the Seminole.

“Featuring those five tribes and in Athens is particularly apt because the Oconee River was the traditional dividing line between the Creeks and the Cherokee, so Athens straddles that territory literally, in Georgia,” said Jace Weaver, Franklin Professor of Native American Studies, the director of the UGA Institute of Native American Studies and one of the curators of the exhibition.

The exhibition and symposium are bookends to related events designed to highlight the equinox and the celebration of Native American cultural heritage of return to the region.
. 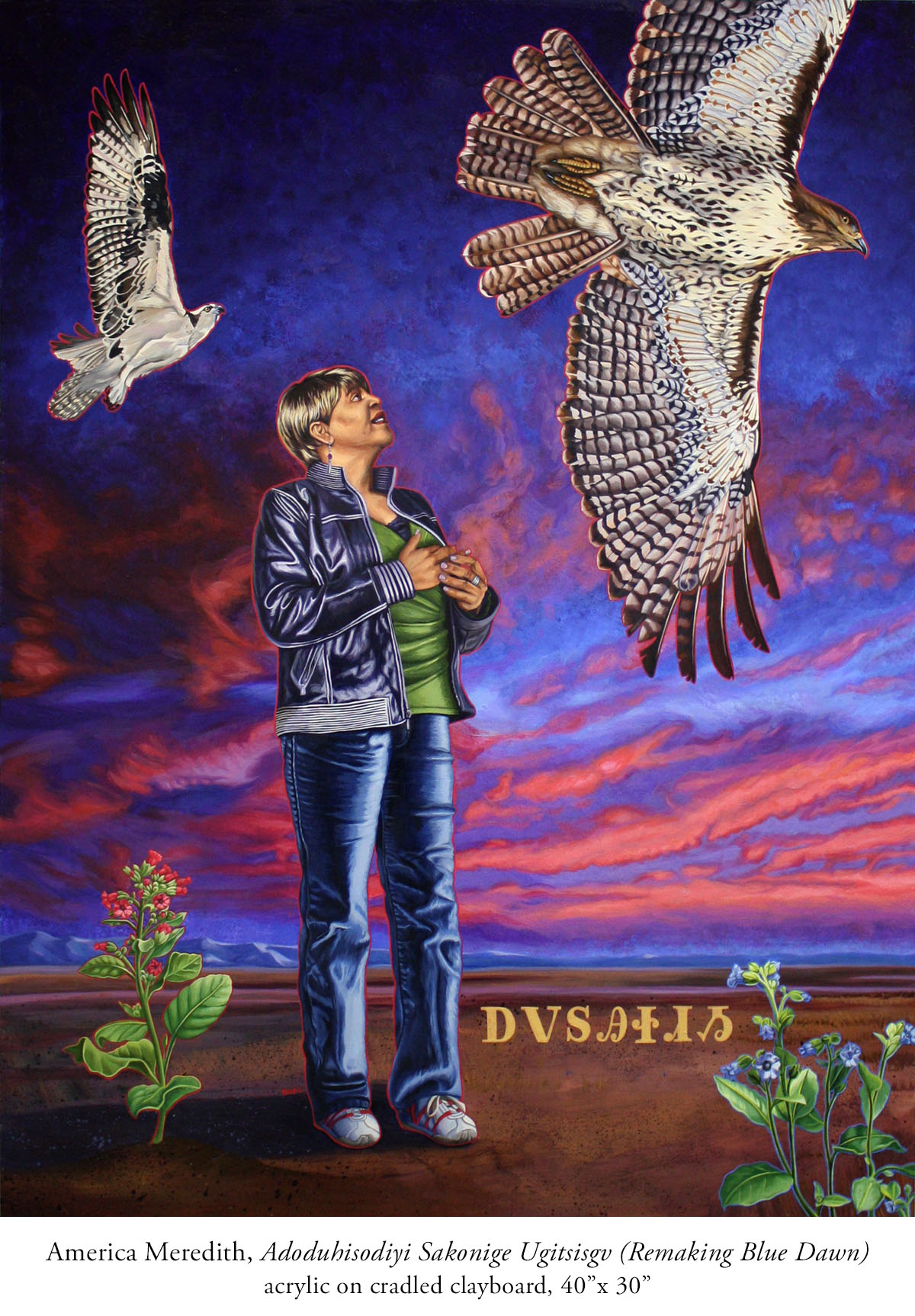