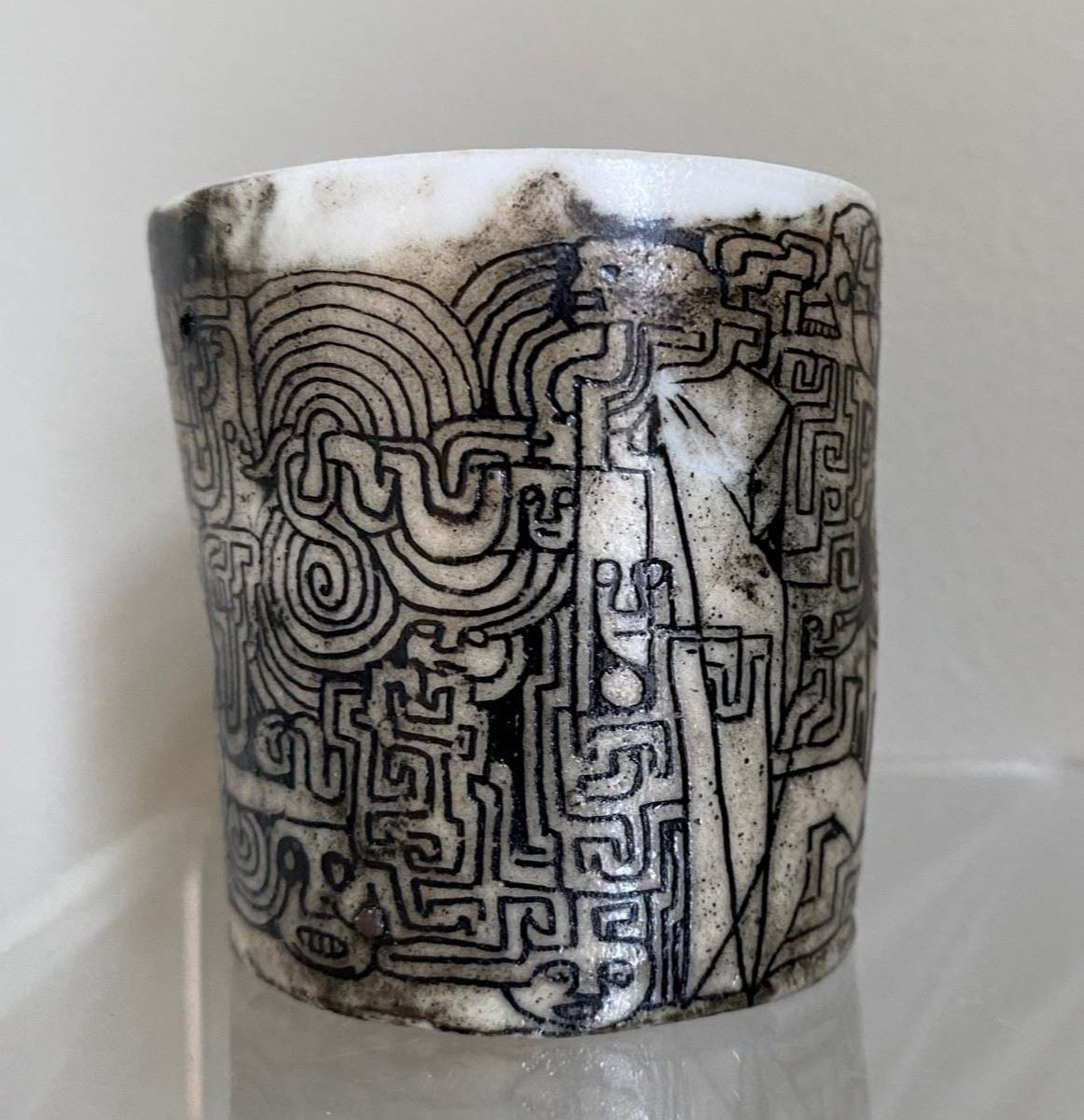 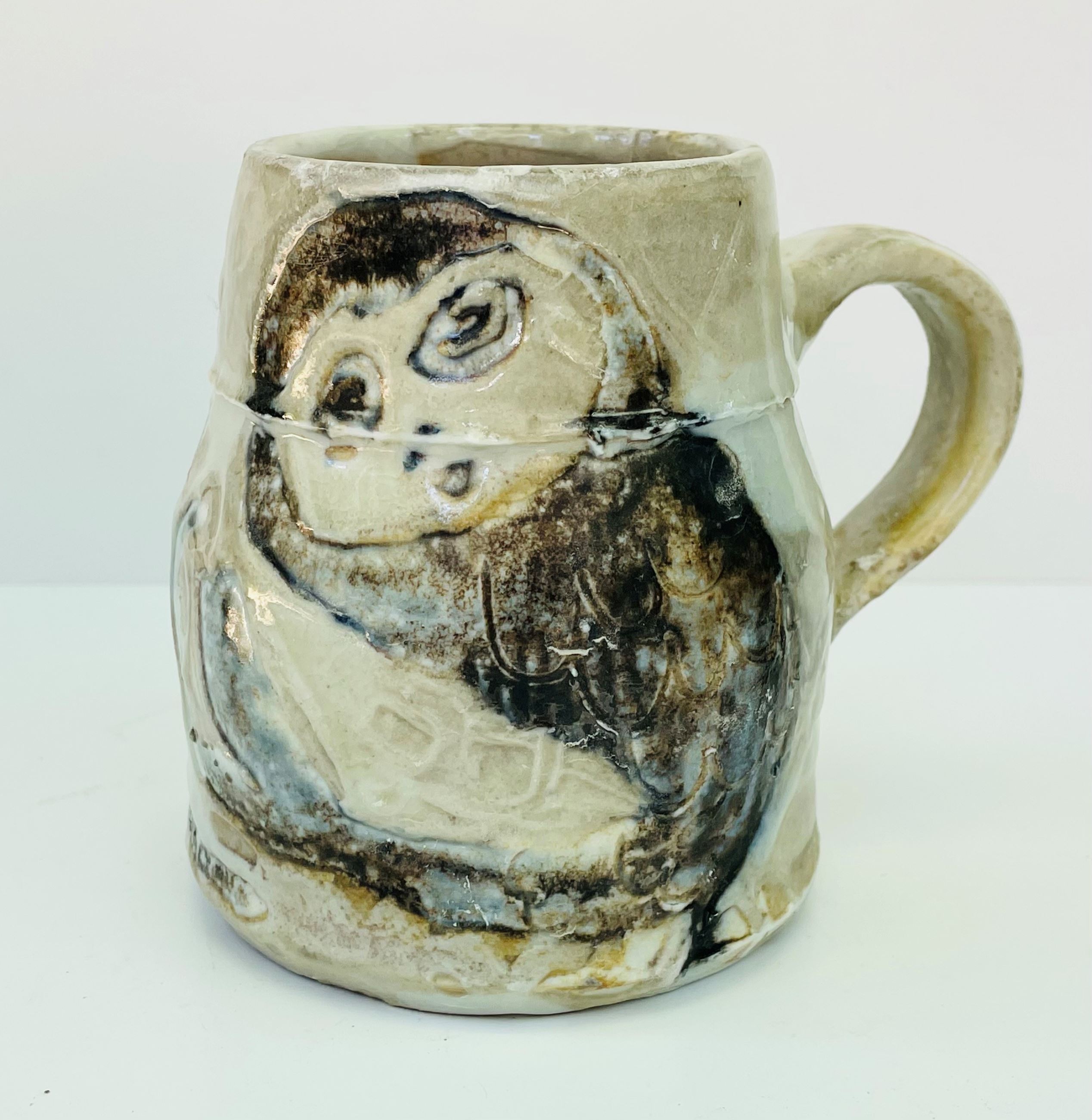 Pottery is one of the oldest art forms. Over millennia, humans have developed techniques for using heat to harden vessels formed from clay. Most modern ceramicists use electric kilns, which are predictable and relatively easy to operate. Mark Johnson and Zuzka Vaclavik use a laborious wood fire process to create most of the ceramic pieces on view in the Lobby Case. The process, which requires round-the-clock attention and care, allows for surprising results. Zuzka relies on serendipity in creating surface designs, anticipating the fire will be a collaborator. Mark controls his obsessive surface drawings with a repetitive and intentional line. Techniques and practices that function off-the-grid, such as the wood fire process, promise to persevere during times of uncertainty. When facing the anxiety of potential loss, the simplicity of wood, fire, and clay is alluring.

Mark S. Johnson is an artist living off-grid in Athens, Georgia. He has a BFA in ceramics from University of Georgia, studying under Sunkoo Yuh. His work evolved from doodles to ceramics, and he uses spontaneous, “stream-of-consciousness” imagery to cover the surface of his functional, wood-fired pieces. Johnson’s art began “more for myself… but it’s started to shift for more of a public focus.”

Zuzka Vaclavik is a dual citizen of the United States and Slovakia as her parents escaped from Communist Czechoslovakia in the early 1980s. She grew up in Germany where she took art lessons from a Czech painter. Her passion and curiosity for new experiences led her to pursue her development as an artist in the Far East.  Zuzka lived in Phnom Pehn, Cambodia for two years before beginning her graduate school studies. Vaclavik has exhibited her work in New York, California, Cambodia, Germany, Austria, and across the United States. Critical reviews/publications of her work can be found in The Atlanta Journal Constitution, New American Paintings, and in Germany through Sudwest Presse.