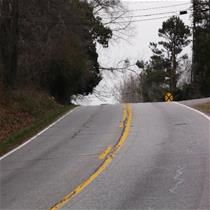 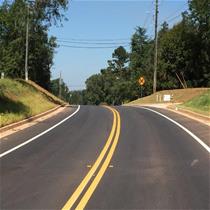 The intersection of South Milledge Avenue and Whitehall Road consists of three legs which form a Y-shaped, triangle junction. Traffic on Whitehall Road was not controlled while South Milledge Avenue/Phoenix Road traffic had a stop-controlled condition at the intersection. There were several yield conditions within the Y-shaped junction. Traffic volumes are expected to increase by 28% by Year 2033. Based on these projected traffic volumes, the Level of Service (LOS) would decline to a rating of “F” if no improvements were made. The Athens-Clarke County Unified Government’s (ACCUG) objective is to maintain a LOS rating of “D” or greater for all improved intersections. The reported crash history for this intersection suggests that the unsignalized intersection configuration was experiencing typical types of crashes as seen in suburban areas. These crashes are often correctable through either a traffic signal or modern roundabout.

The first phase of the project included reduction of the hill/lowering of the vertical curve on Whitehall Road to improve vehicle sight distance. This phase included the following elements:

Notes: Project was split into two phases. The first phase constituted a grade reduction on Whitehall