KACCB accepts nominations for the Citizen of the Year Award. This annual award recognizes a community member as an environmental steward of litter prevention and abatement or community greening/beautification. The award recipient will be recognized at the annual GreenFest Award Ceremony. Nominees must be a resident of Athens-Clarke County. Use our online nomination form,download a printable application PDF, or contact Stacee.Farrell@accgov.com or (706)613-3501 x7861. The deadline for submissions is March 1st. 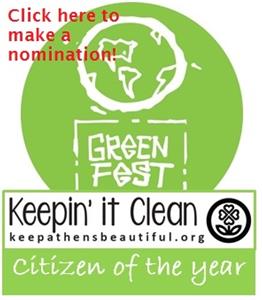 2019 Keepin’ It Clean Citizen of the Year - Allen Jones

This year we are so very proud to be recognizing Allen Jones as the 2019 Keepin' it Clean Citizen of the Year!

Here is what his nominator had to say:

Allen Jones is the leader of Timothy Forward, a group working to improve livability on the Timothy Road corridor. They have had meetings over the last year with about 90 people in attendance. Allen has organized cleanup event for the members of that group (and anyone else in the corridor that checks social media such as Nextdoor.com). Recently, Timothy Forward formed a sub-group that is just focusing on the aesthetics of that corridor, so it will sponsor regular litter clean ups plus things like removing invasives, helping with neighborhood entrance beautification, etc. Allen, along with Sam Roper and Claude Lett, regularly take their grabbits and collect trash by the bagful on Timothy Road.

Allen Jones is very concerned with our local waterways, the North and Middle Oconee Rivers. Allen has been a longtime volunteer site leader at the yearly Rivers Alive cleanups, leading the more challenging kayak/canoe based teams on both rivers. This past year, he led a cleanup on the North Oconee down from the Greenway Park on Oak/Lexington. His group in conjunction with another group lead by Cassidy Lord removed approximately 80 tires and a roll off full of other trash from less than a mile of river. Allen didn't feel they got as much as they should have, so he put together another group for the following weekend to make further progress. The group was from "Athens GA Paddlers," a 360+ member group of recreational kayak/canoe people who regularly get together for local and regional (free) paddle.

He hosts multiple North/Middle Oconee River clean up paddles for the Athens GA Paddlers. Even when its not a cleanup, when the group gets together to do a local paddle, Allen always offers trash bags and grabbits to anyone who wants to help clean. He's the only person I know that owns 20 grabbits, just so he can offer them to others.

Allen Jones has put forth a great effort to Keep Athens Clarke County Beautiful. I cannot recommend him more highly.

Past Citizen of the Year Winners: 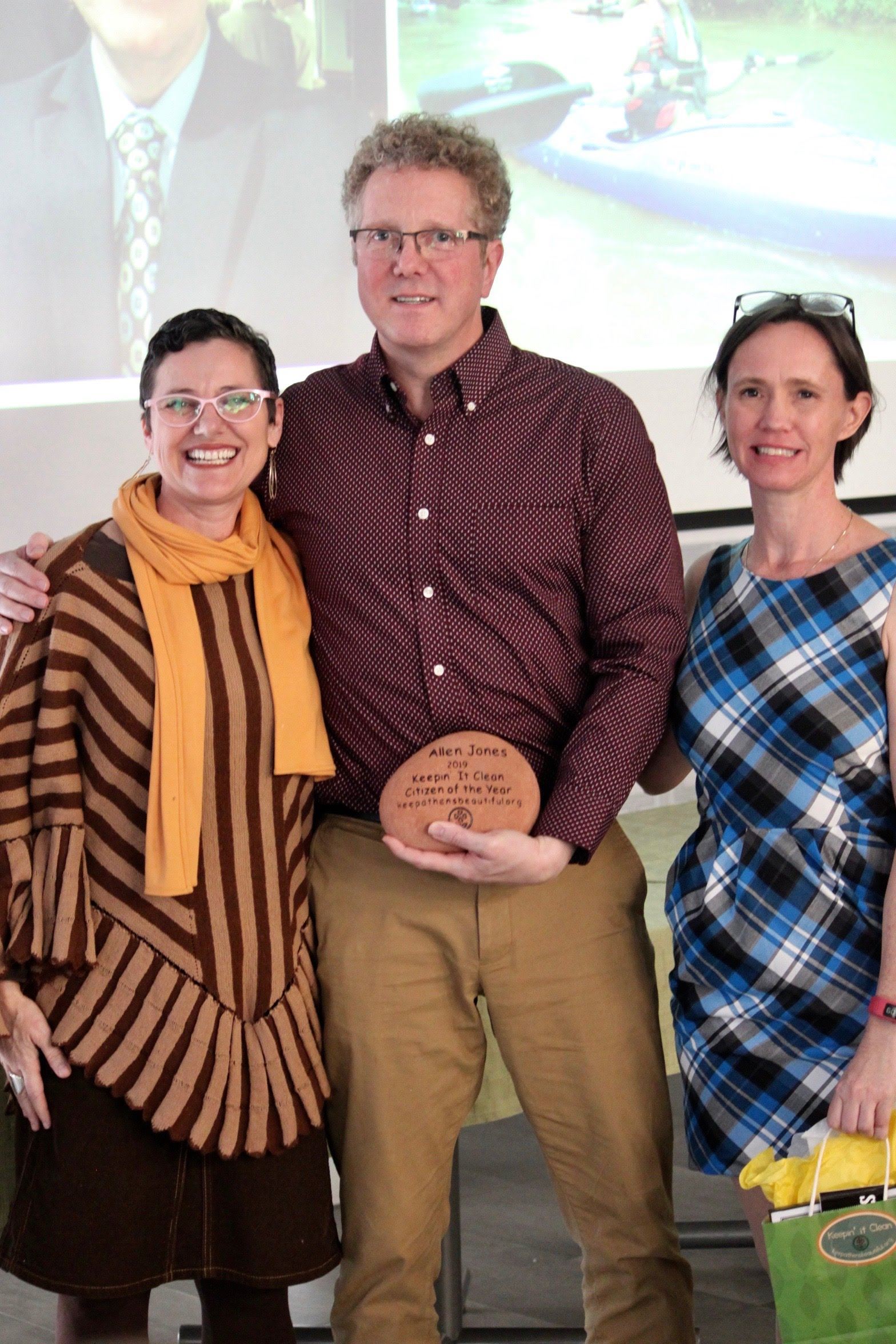