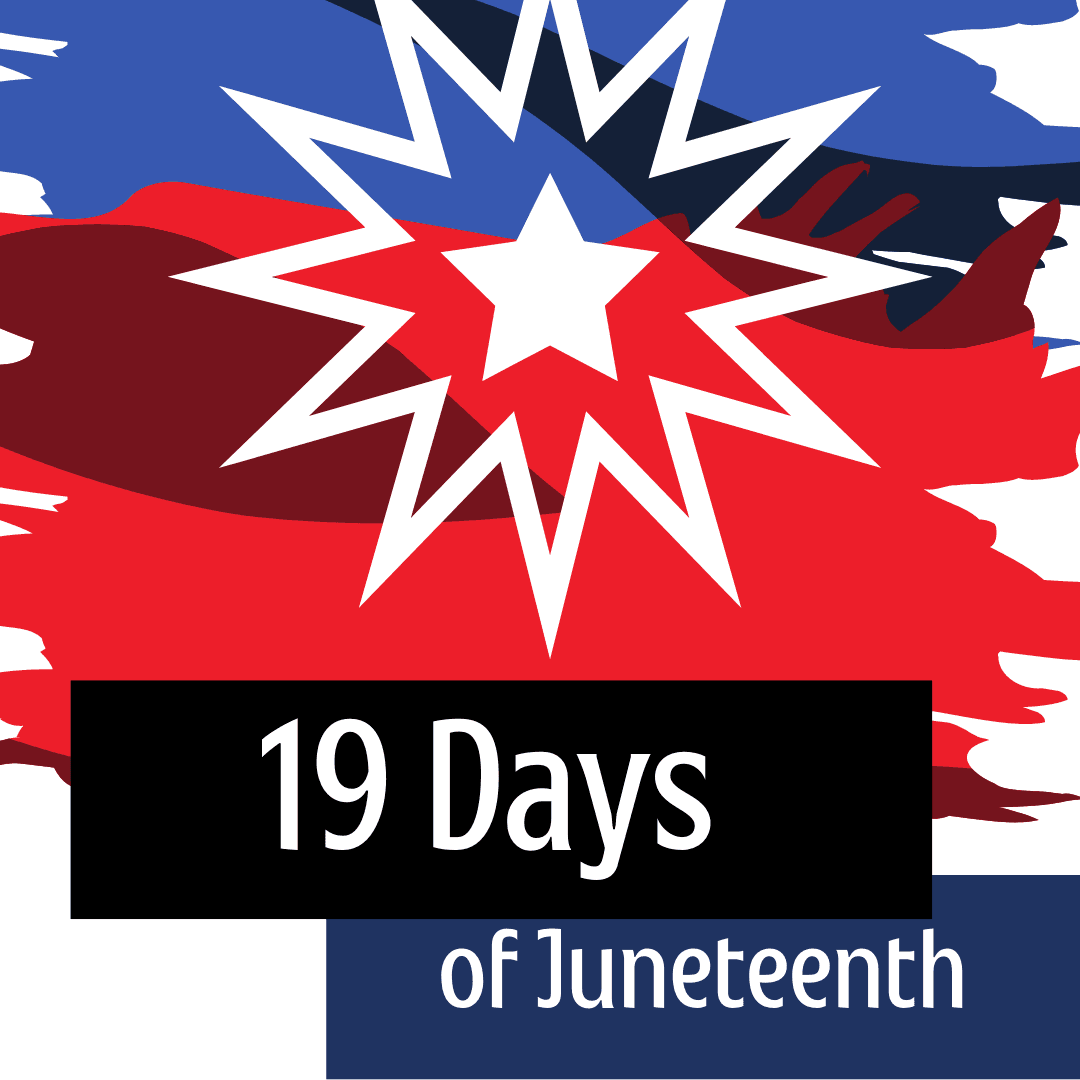 The Athens community is invited to acknowledge, celebrate, and honor Juneteenth by joining in a community-led, community-wide 19 Days of Juneteenth celebration.

19 Day of Juneteenth is organized by a group of local community members and organization leaders of Athens-Clarke County and is funded by the Athens-Clarke County Mayor and Commission. The Leisure Services Department and Inclusion Office are offering administrative support and planning.

A brief history of the Juneteenth holiday, according to the National Juneteenth Observance Foundation:

Calendar of Events: (scroll down for more details)

hosted by the Juneteenth Collective

“Just Mercy” is based on the powerful and thought-provoking true story of young lawyer Bryan Stevenson (Jordan) and his history-making battle for justice. After graduating from Harvard, Bryan had his pick of lucrative jobs. Instead, he heads to Alabama to defend those wrongly condemned or who were not afforded proper representation, with the support of local advocate Eva Ansley (Larson). One of his first, and most incendiary, cases is that of Walter McMillian (Foxx), who, in 1987, was sentenced to die for the notorious murder of an 18-year-old girl, despite a preponderance of evidence proving his innocence and the fact that the main testimony against him came from a criminal with a motive to lie. In the years that follow, Bryan becomes embroiled in a labyrinth of legal and political maneuverings, as well as overt and unabashed racism as he fights for Walter, and others like him, with the odds—and the system—stacked against them.

Local teens ages 11-14 will learn about the history of Juneteenth and participate in Juneteenth themed activities as part of the first week of 2022's Grand Slam Program. Grand Slam meets every Friday night during the summer.

View a taped performance of the play, "Athens Vignettes" by Roshaunda Breeden, followed by an open discussion. The play addresses Athens history as viewed in the present concerning Linnentown, the Baldwin Hall remains, the relationship between UGA and the Athens African American community, and the impact of urban renewal.

No issue more bitterly impacted early America than slavery. Defended by some, decried by others, slavery left its mark on the laws of the nation and all the states, enslaved or free. The records created by those laws provide critical clues for genealogists, whether descended from enslaved or enslaver. Learn more about those laws and genealogy with Legal Genealogist, Judy Russell. This event is sponsored by the Athens-Clarke County Library, Heritage Room and the Athens Chapter of the Association for the Study of African American Life and History. The event will be held online via Zoom, registration will be required, a recording of the event will be available for 30 days.

Hear Michele Pearson Tucker discuss the art of storytelling through interviews with local residents and explore how storytelling is an integral part of the past and why it's essential for the future. The Minority Business and Nonprofit Assocation is a trusted resource and proven advocate for minority businesses and charitable organizations.

Live discussion with the author of the book "GIving Voice to Linnentown" by Hattie Thomas Whitehead. The book recounts how federal legislation affected the community and families of Linnentown when their community is erased by "urban renewal." Books will be distributed prior to the events with time for participants to read prior to the discussion.

The 2022 Athens Area Black History Bowl - "Looking Back to Move Forward: Continuing the Legacy" This rigorous quiz competition promotes an awareness of and appreciation for African-American Heritage. Teams complete based on knowledge of national, state, and local black history in various categories, including economics, civil rights, education, science, and entertainment. The Bowl also affords youth participants quality time with positive adult role models. Trophies and certificates will be awarded to the winners and participants.

Let the sounds of jazz fill your ears and raise your spirit with the James Weismann Quartet. Jazz originated in the African-American communities in New Orleans, with roots in blues and ragtime. Now, nearly every musical artist is inspired by Jazz. Experience the jazz phenomenon firsthand and be forever inspired. This event is sponsored by the Scholarship Committee at Ebenezer Baptist Church West, which raises funds for scholarships for high school and college students.

A fun day for youth to learn about Juneteenth in the morning followed by a meal and ice cream for dessert. Plus a dance break or two. Joy Village School is a K-8th private school in Athens, GA centering the joy and thriving of Black youth.

Live discussion with the author of the book "GIving Voice to Linnentown" by Hattie Thomas Whitehead. The book recounts how federal legislation affected the community and families of Linnentown when their community is erased by "urban renewal." Books will be distributed prior to the events with time for participants to read prior to the discussion.

In person and live streamed cooking demonstration of a recipe selection from "Watermelon and Red Birds:" A Cookbook for Juneteenth and Black Celebrations by food writer and cookbook author Nicole Taylor.

Bring blankets and chairs to view "Harriet" on the beautiful lawn of the Lyndon House Arts Center.

The extraordinary tale of Harriet Tubman's escape from slavery and transormation into one of America's greatest heroes, who courage, ingenuity, and tenacity freed hundreds of slaves and changed the course of history.