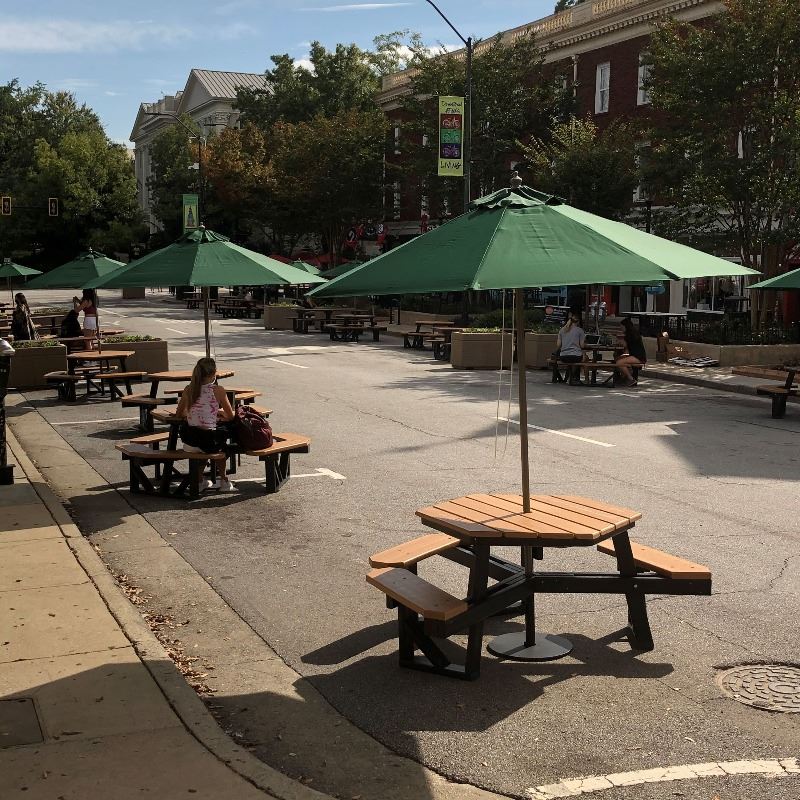 The closure is part of a six-month pilot project to close this block to vehicle traffic and temporarily convert the area to a pedestrian and dining plaza. The College Square Plaza project was approved by the Mayor and Commission at their June 25, 2020 meeting. At the end of the six-month pilot, the Mayor and Commission will consider whether to permanently close the block for use as a pedestrian plaza.

As part of the project, the ACCGov Landscape Management Division will install concrete planters with landscaping at both ends of the block to prevent vehicular access and in the middle of the block to create an open space and two dining areas. Traffic signs, signals, and turn lanes will be adjusted this week by the ACCGov Traffic Engineering Division to change traffic patterns for the closure.

The plaza’s dining areas will include:

The tables will be spaced in a socially distanced pattern. Hand sanitizer stations will also be located in the plaza.

For more information about the College Square Plaza project, contact the ACCGov Central Services Department at 706-613-3530.