Athens is known for its creative and diverse music scene, as Athenians have enjoyed a rich musical heritage dating back to the 19th century. With sidewalk markers for the first ten inductees placed in September 2020, the Athens Music Walk of Fame enhances the visual and experiential appeal of downtown Athens, helping to foster community pride and a better awareness of the shared musical inheritance and cultural legacy for Athenians and visitors alike.

“From rustic folk sounds to hip hop to futuristic pop, Athens has supplied sounds that have inspired the world, and we are excited to celebrate a new class of artists on the Athens Music Walk of Fame,” says Athens-Clarke County Mayor Kelly Girtz.

The five new inductees for the Athens Music Walk of Fame are:

Bob Cole – Born in Athens in 1868, Cole was a national figure around the turn of the 20th century, best known for collaborating with brothers J. Rosamond and James Weldon Johnson on over 200 compositions. Cole helped elevate vaudeville performance beyond minstrelsy and stereotyping towards the sentimental, romantic, and elegant.

Lo Down & Duddy – Groundbreakers of local hip hop, this duo helped put Athens on this genre’s map with appearances on national television with David Letterman, collaborations with Bubba Sparxxx and Swizz Beats, and tours with musicians such as Blink-182 and Maroon 5.

Nuçi’s Space/Linda Phillips – Phillips established Nuçi’s Space on the eastern edge of downtown Athens in 2000 with the expressed mission of preventing and ending suicide; over the years, Nuçi’s Space has expanded its mission as a health and resource center for Athens musicians to include low-cost rehearsal space, free legal advice, and support of the musician community in countless other ways.

of Montreal – Lead performer and songwriter Kevin Barnes has solidified of Montreal’s reputation by releasing an album per year for over two decades; still active and touring, they have become a mainstay in psychedelic pop nationally while continuing to call Athens home.

Art Rosenbaum – Known also as a visual artist, University of Georgia professor emeritus, musician, and folklorist Rosenbaum has documented Athens-area and other traditional musicians around the country, winning a 2008 Best Historical Album Grammy award for his Art of Field Recording Volume I: Fifty Years of Traditional American Music Documented by Art Rosenbaum.

These five new inductees will each have plaques placed in the sidewalk of the two-square-block area bound by Pulaski, East Washington, North Lumpkin, and East Clayton Streets, encircling many of the notable music venues in downtown Athens, including the Morton Theatre, the Georgia Theatre, and the 40 Watt Club. The Athens Music Walk of Fame will have five new inductees each year moving forward.

Allen Sutton, an Athens-based multidisciplinary designer, created the design for the Athens Music Walk of Fame sidewalk plaques. The shape of the plaque was inspired by both a guitar pick and a location pin to illustrate the link between the medium and the place it was created. The Athens-Clarke County Transportation and Public Works Department’s Streets and Drainage Division is planning to install these five plaques by August. 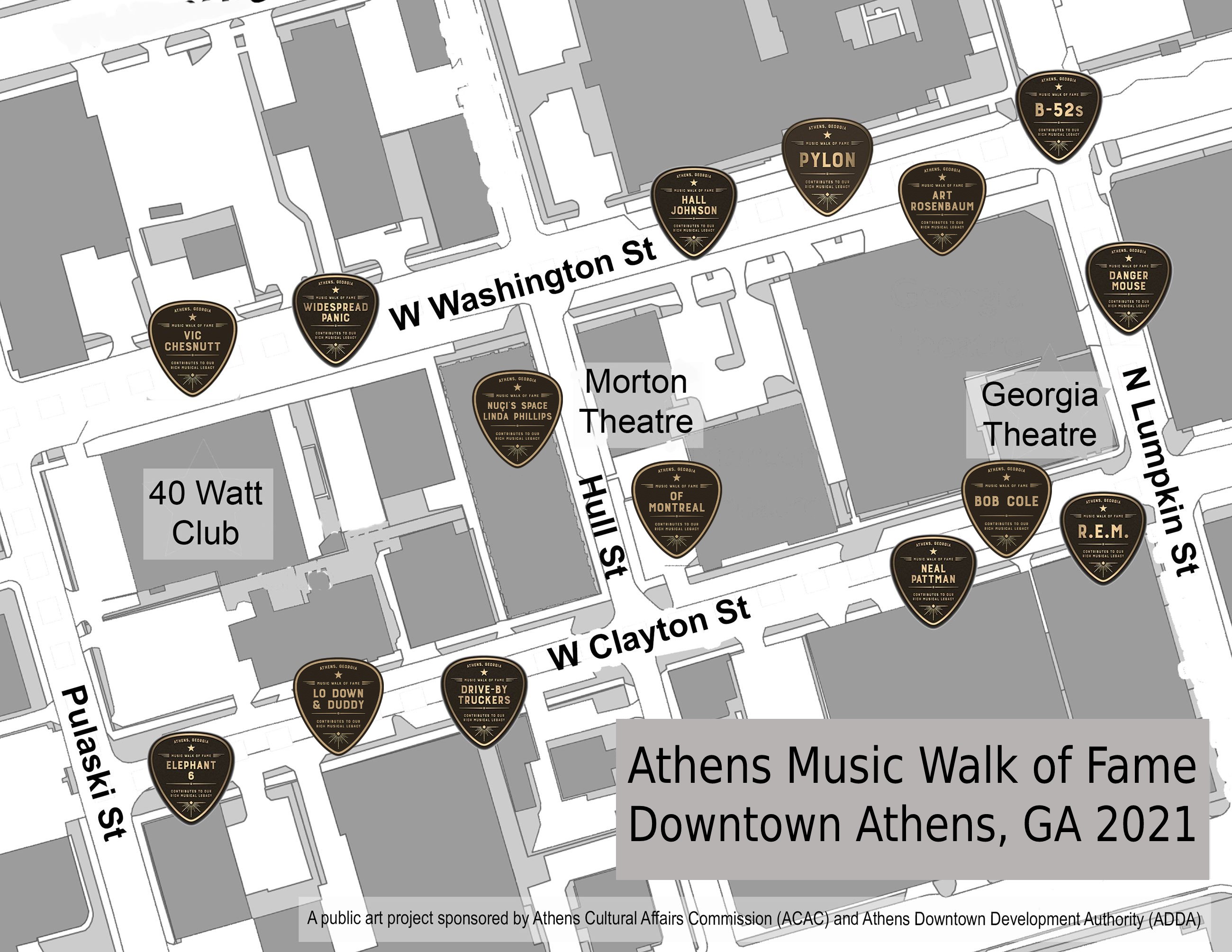 Read about the Athens Music Walk of Fame in the Flagpole HERE!

A new public art work for out of door viewing!

"For decades, Athens has been a wellspring of musical talent, well represented by the first class of the Walk of Fame,” says Girtz. “The Athens musical scene drew me here and continues to enrich the life of this community year after year. No doubt, today in Athens there is a song being written in a bedroom or a just-formed band rehearsing in a ragged rehearsal space that the future will regard as highly as we hold these artists.”  - Mayor Kelly Girtz

In honor of the launch of the Athens Music Walk of Fame, Mayor Girtz’s monthly Community Conversation video program for August will feature conversations between Mayor Girtz and inductees Michael Stipe of R.E.M. and Patterson Hood of the Drive-By Truckers. The August Community Conversation will air live on Wednesday, August 26 at 6:00 p.m. on YouTube (www.youtube.com/accgov or by searching for ‘accgov’ on the YouTube app on set-top devices such as Roku or Apple TV), Facebook (facebook.com/accgov), ACTV Spectrum Channel 180 / UGA Cablevision Channel 6, and www.accgov.com/actvlive. The video will be available on-demand after the live broadcast. 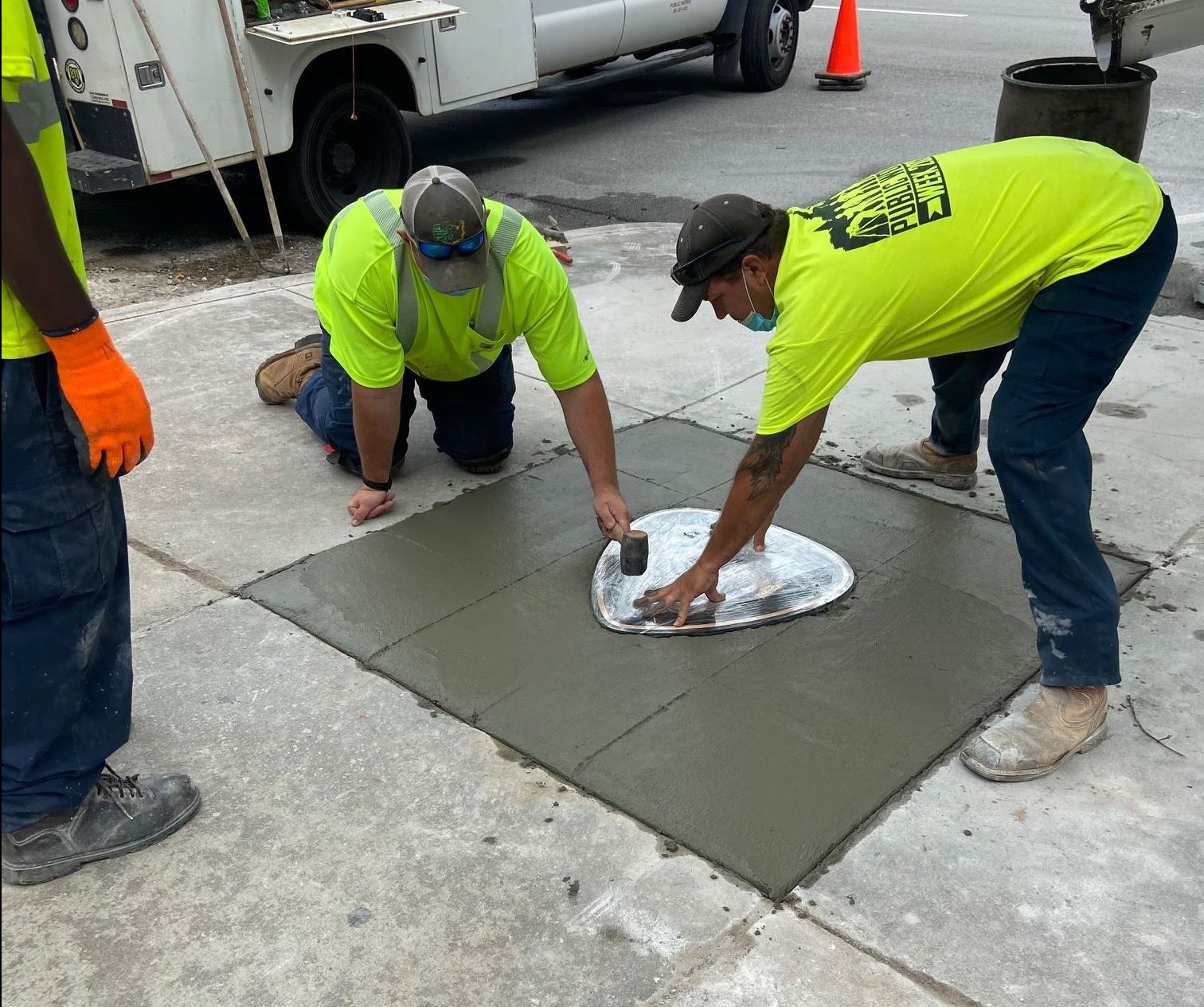 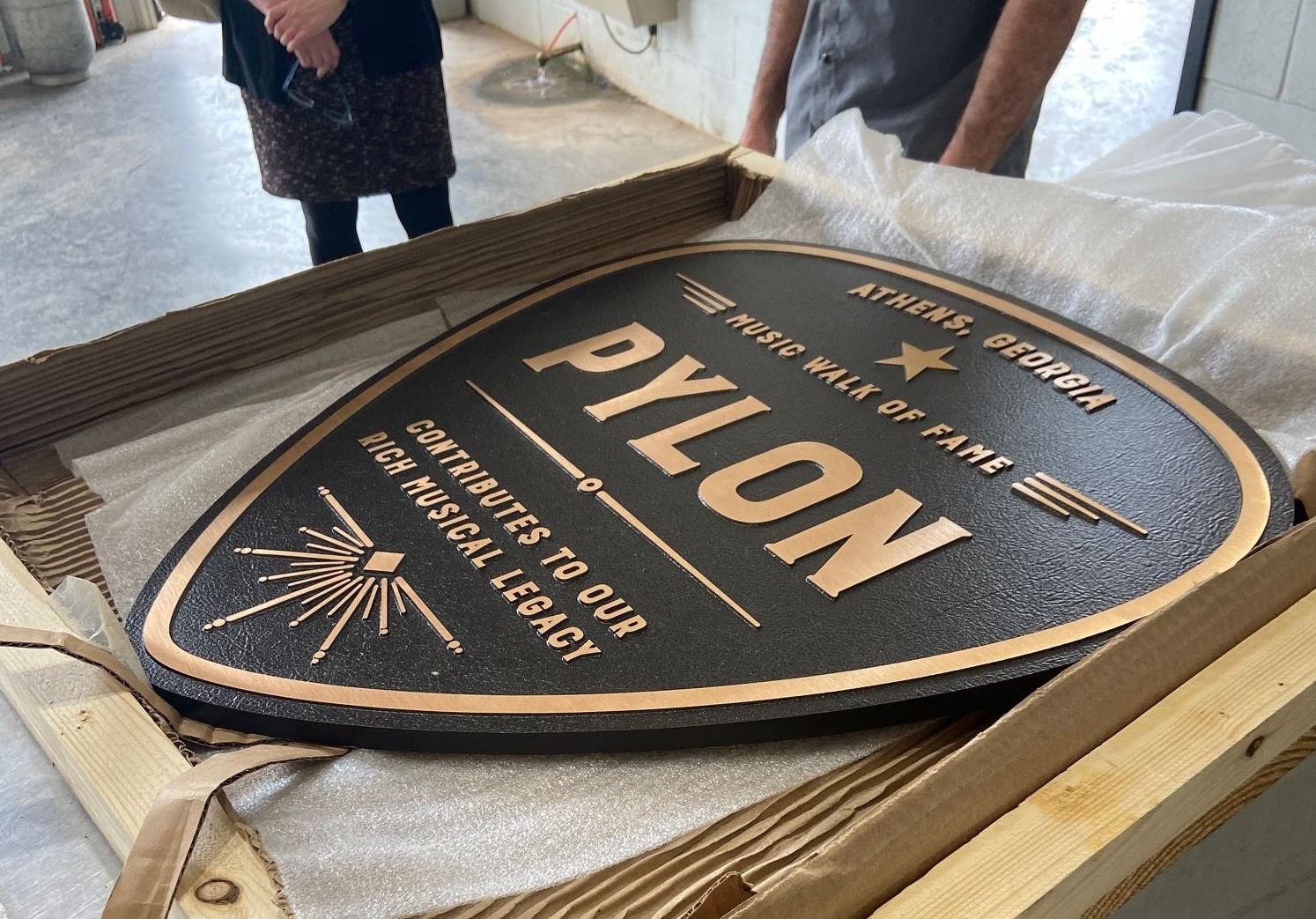 The first 10 inductees for the Athens Music Walk of Fame show that Athens’ musical heritage far predates the alternative music scene that put Athens on the international map. While several of the artists who shaped Athens’ “indie” reputation appear among these initial inductees – including Pylon, R.E.M., and the B-52s – there are a number of figures who demonstrate the depth and breadth of Athens’ musical pedigree.

The first 10 inductees for the Athens Music Walk of Fame are: 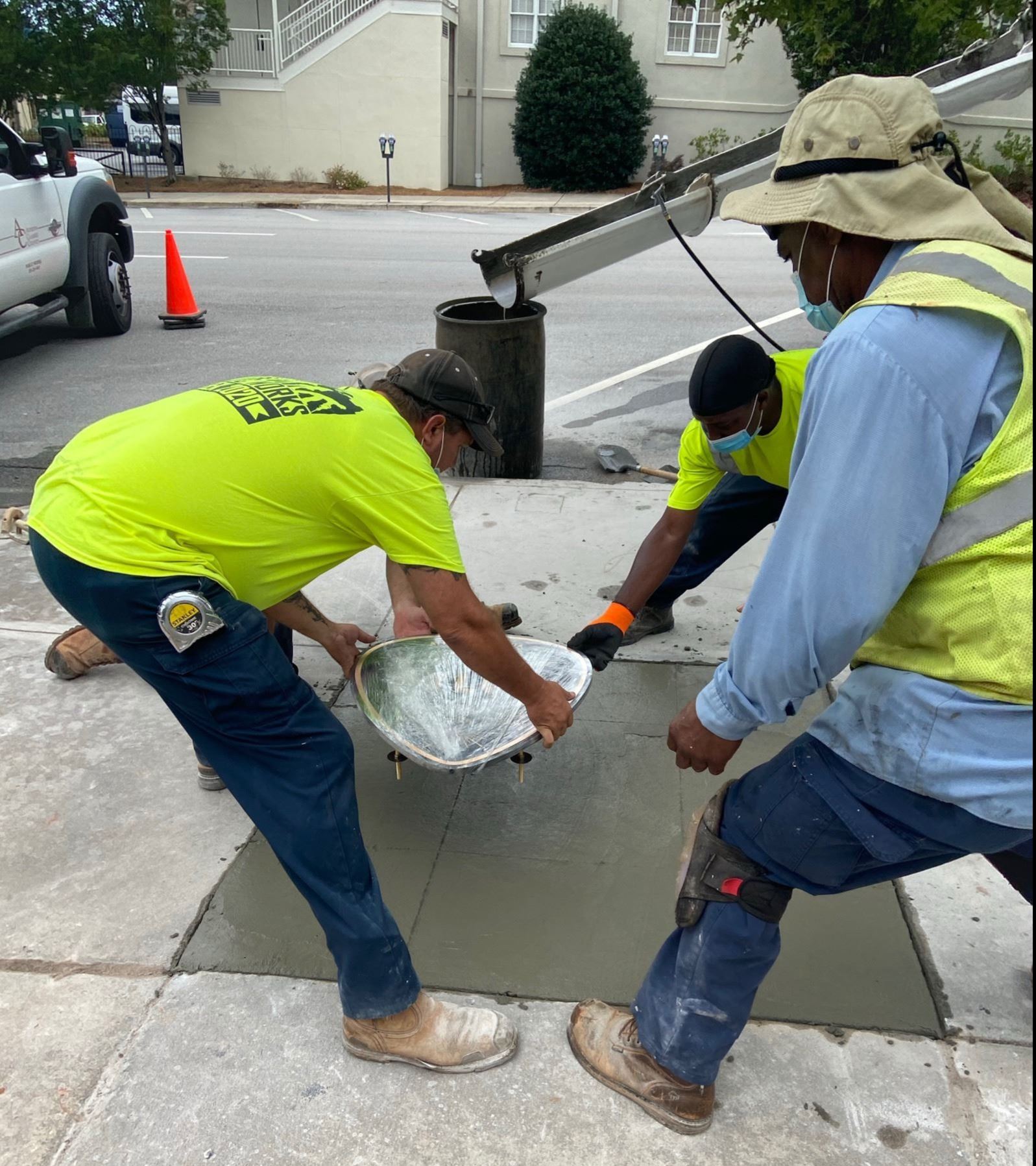 The first ten inductees were selected by a local resident committee appointed by Athens-Clarke County Mayor Kelly Girtz. During the selection process, committee members considered the contribution to the identity of Athens, established career, diverse representation in cultural and racial identity, distinct musical style, and historical context. Additional artists will be selected for addition to the Athens Music Walk of Fame in the coming years.

While many of the first 10 inductees may be more publicly known, some entrants such as Hall Johnson, who was born in Athens in 1888 and dedicated his career as an African American choral director to ensuring that African American spirituals would become part of the musical canon, are considered unsung heroes of the music scene.

The Athens Downtown Development Authority received a Tourism Product Development Grant from the Georgia Department of Economic Development that will fully fund a mobile app to accompany the walk. Visitors and residents will be able to download the app, designed by ThinkProxi, to experience the sights and sounds associated with each honoree’s contributions.

Bronze plaques installed in the sidewalk will honor these performers who have contributed to Athens’ musical legacy. Through a competitive process, a panel of community members selected Allen Sutton, an Athens-based multidisciplinary designer, and his plaque design.

The plaque design is inspired by both a guitar pick and a location pin to illustrate the link between the medium and the place it was created. The Athens-Clarke County Transportation and Public Works Department’s Streets and Drainage Division is planning to install all ten of the plaques by early September.

For more information, visit www.accgov.com/publicart or contact the Athens-Clarke County Public Information Office at 706-613-3795 or info@accgov.com.