A Tax Allocation District (TAD) is a redevelopment tool that uses the increased property taxes generated by new development in a designated redevelopment area to finance costs related to development including, but not limited to, public infrastructure, demolition, utilities, and planning costs.

While Mayor & Commission have voted to approve boundaries for area TADs, these TADs have not yet been established. In order for a TAD to be established, the redevelopment plan for each TAD has to first be presented at a public hearing and then subsequently adopted by Mayor & Commission.

Following adoption by the Mayor & Commission, the Department of Revenue must approve the redevelopment plan to establish the TAD by December 31, 2020. View an interactive map of tax allocation district locations in Athens-Clarke County. 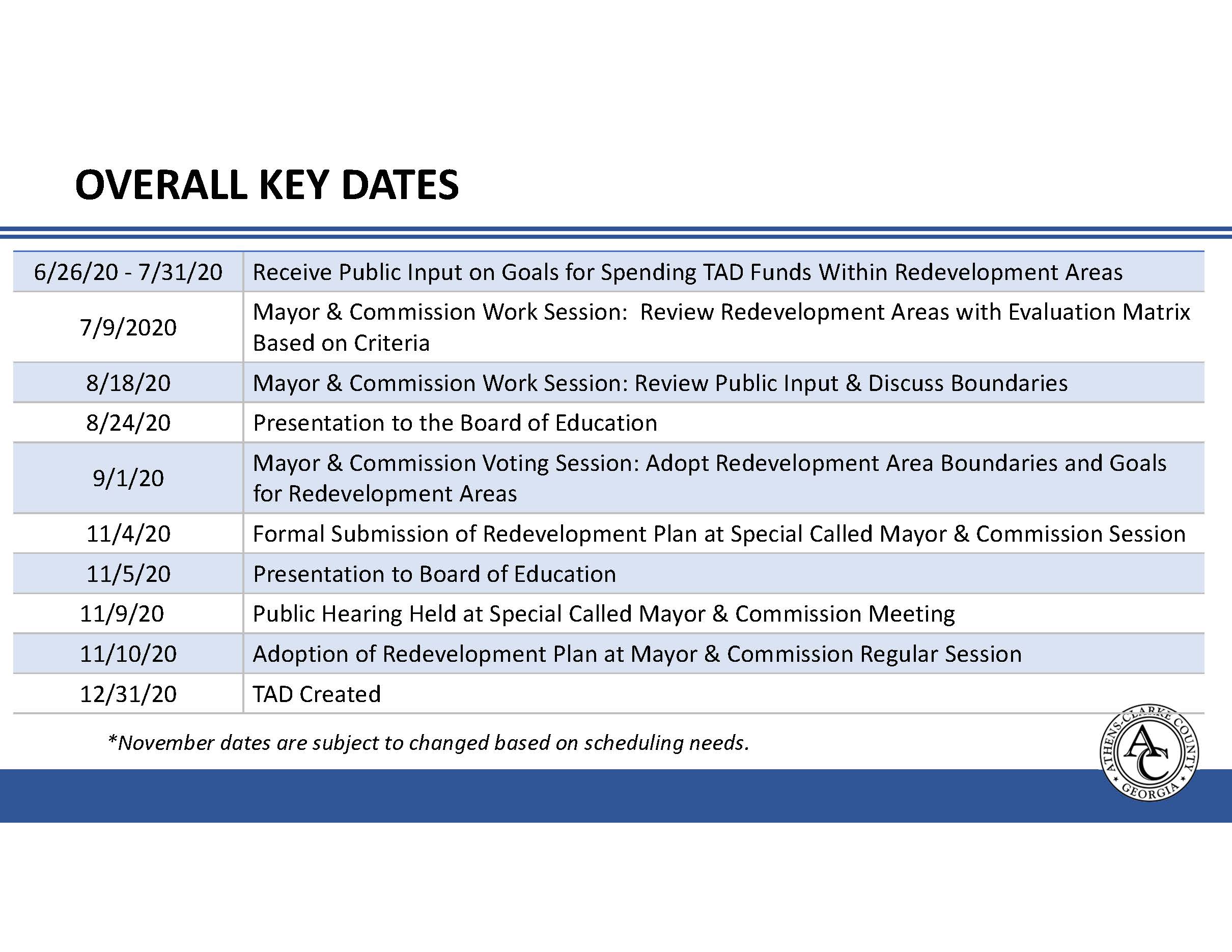 Tax Allocation Districts were discussed at the July 9 and May 26, 2020 Mayor & Commission Work Sessions. Six areas were presented for consideration: