In 2016, Athens-Clarke County earned the designation of Bicycle Friendly Community from the League of American Bicyclists and was awarded the Bronze Award for its efforts to encourage bicycling in the community.

Athens-Clarke County has a goal to promote safe roads for cyclists. The county is home to 19.6 miles of bike lanes, six miles of multi-use paths, and 58.75 miles of marked shared road. Several current and future projects will continue to expand and improve the community's bicycle infrastructure. 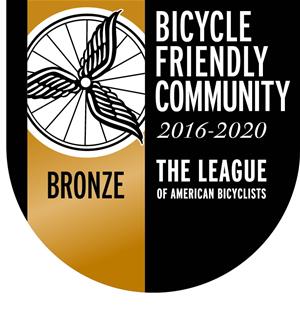