There are a number of parks along the Greenway where you can take a break from hiking or biking to enjoy the river. Please refer to the Oconee Rivers Greenway map for specific locations.

Charles Aguar is generally accredited with being the father of the Oconee Rivers Greenway system. He began advocating for a Greenway in the early 1970s and lived to see the official ground breaking nearly 30 years later. Aguar was an advocate for protecting and conserving the rivers of Athens while providing recreational amenities for citizens to enjoy. A portion of the trail has been named in his honor to celebrate his legacy.

A design competition won by Lea Gardner (MLA) decided the layout of the area near the intersection of Willow Street and East Broad. Charles Aguar Memorial Plaza is located on Willow Street between East Broad and North Avenue. 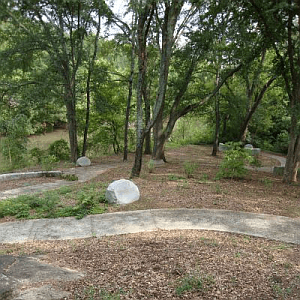 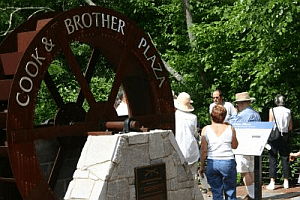 The Heritage Trail illustrates the rich history of Athens displayed in the locale from Lickskillet at North Avenue and Willow Street to Carr's Hill at Oconee Street. Over fifty interpretive panels along the trail describe activities related to the former Cook and Brother Armory and Chicopee Mill, the North Oconee River, Dudley Park, and the railroad. 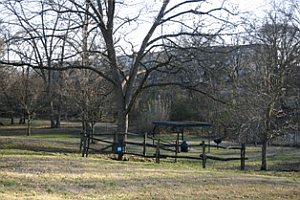