Filmmakers, family, and friends dressed in fancy jammies and gathered in the field at Sandy Creek Park for the Ripple Effect Film Project Blue Carpet Premiere.  To protect our health AND have fun, the finalists' films debuted as a drive-in movie on World Water Day, March 20, 2021.  The spotlight...or would that be the moonlight?...was on the stars as the audience watched the creativity and talent of local, up-and-coming filmmakers.

What is the Ripple Effect Film Project?

Local K-12 students have the opportunity to write, produce, and star, in short, water-themed films.  The annual event puts out a call for films each fall, with films due in January of the following year.  The submissions are narrowed down to the finalist round, then judged on creativity, originality, technical skill, and message content.  The finalists' films are shown on the big screen during the Blue Carpet Premiere, where the winners are announced and cash prizes awarded.

Look below for the 2020 finalist films and the winners.

The festival's theme changes each year slightly but always involves water and opportunities to incorporate the Georgia Standards of Excellence into the production.  There is no fee to submit a film.

Please check back in October for the themes for the 2021/2022 Ripple Effect Film Project.  Makes a great class project!

Category:  Journey of a Raindrop, Grade 7-12 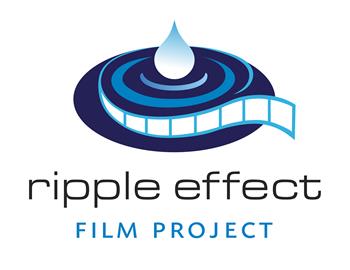